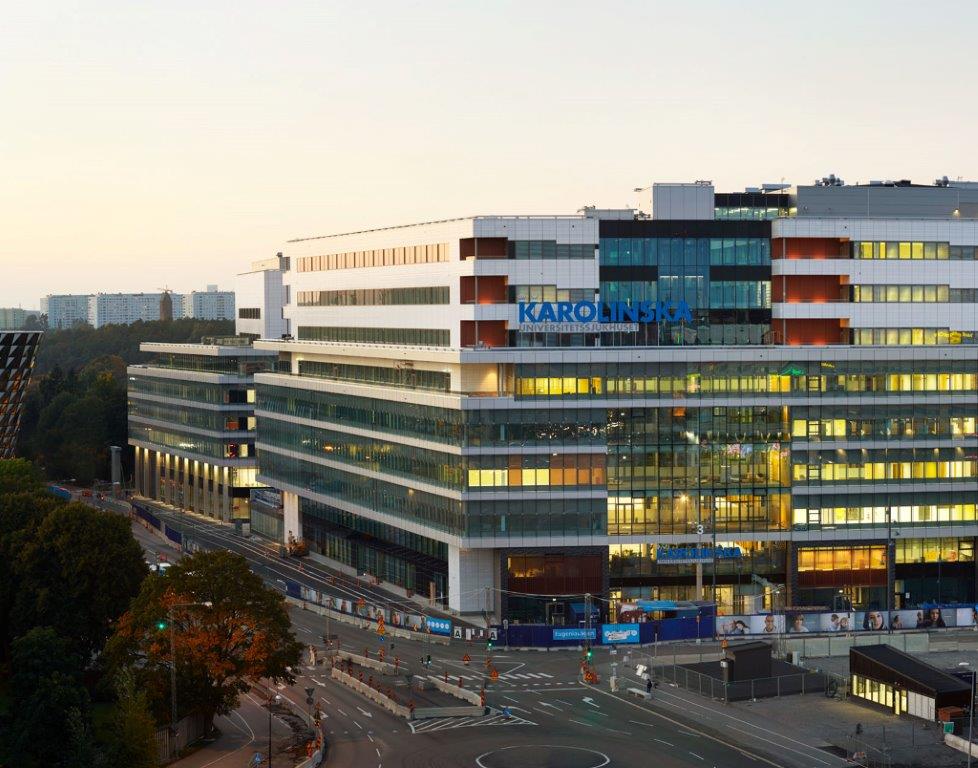 The New Karolinska Solna project will be completed on time

The New Karolinska Solna project is not delayed by two years. The completion dates for the NKS project, which was agreed in June 2010, between Swedish Hospital Partners (SHP) and Region Stockholm, former Stockholm County Council, remains unchanged. All seven phases have been handed over on schedule, and the final building was handed over in December 2017, three months ahead of the planned handover date.

The New Karolinska Solna project is procured at a fixed price

The cost of building, operating and maintaining the NKS project until 2040 is fixed with an indexation adjustment. The construction contract of SEK 14.5 billion which was signed in 2010, remains unchanged. This means that Skanska has built one of the world’s most modern and sustainable hospitals to a fixed price and a fixed schedule.

The plans for the future provision of healthcare services have evolved since the agreement was signed back in 2010. Consequently, the Region has placed a number of additional orders, including a decision to expand the treatment building with an additional eighty hospital beds and a production kitchen. The cost of the additional orders amount to a total of SEK 1.7 billion.

In addition to the main agreement with SHP, the Region has costs of SEK 4.3 billion relating to, for example, medical equipment, furniture and IT. The Region has been aware of and budgeted for these costs since the outset. Region Stockholm is also renovating existing buildings within the hospital area at a cost of SEK 2.3 billion. These are also additional costs and not part of the agreement with SHP.

What is the project company

Swedish Hospital Partners’ role in the NKS project? Swedish Hospital Partners (SHP) is party to an agreement with SCC regarding the NKS project. SHP is owned in equal shares by Skanska and Innisfree. The project company, SHP, is responsible for the design, construction, operation and maintenance as well as financing of the project. SHP has an agreement with Skanska Healthcare regarding the design and construction of the hospital between 2010 – 2017. SHP also has an agreement with Coor Service Management regarding the operation and maintenance of the facility. SHP’s undertaking does not include medical equipment or other technical equipment, nor does it include telephony or patient alarms; the planning and procurement of these items is the responsibility of Region Stockholm.

The risks are borne by the project company

SHP and Region Stockholm have signed an agreement regarding the construction and operation of the hospital and where SHP undertakes to deliver the hospital to a fixed price, within a specified timeframe and righto an agreed level of quality in terms of Region Stockholm’s functionality requirements. In simple terms one can say that SHP has assumed risks during the construction phase for e.g. the laying of foundations, inclement weather etc. During the operational phase, SHP is assuming risk in the form of potential deductions from the monthly payment from Region Stockholm, due to underperformance in terms of functionality, quality and availability, e.g. if a room cannot be used for its’ intended purposes because it does not fully comply with the agreed functionality criteria. In this way Region Stockholm knows with certainty what the hospital will cost up until 2040, and the tax payers are shielded against unforeseen outlays, costs and delays.

The door that is actually an entrance

There is no “door” for SEK 1.2 million. An emergency exit has been rebuilt into an entrance. The related works were procured on a competitive basis at a cost of SEK 440,000, in accordance with the fixed price public offer in the summer of 2017. This amount is in line with similar projects at other hospitals or schools.

The New Karolinska Solna project compared to other hospitals

NKS is not ten times more expensive than other hospitals. It is not possible to compare a small building with a large building. It may be possible to compare different hospitals in terms of cost per square metre, but even this becomes difficult, for example there is a difference of at least ten years in terms of price levels for the NKS project and the German hospitals to which NKS has been compared. Furthermore, the German hospitals have an expected useful life of 20-30 years and NKS is intended to have a useful life of at least 70 years. NKS has been built with for a substantial focus on the lifecycle perspective. The flexibility and redundancy requirements are extremely stringent, as are the environmental and energy requirements.

The agreement regarding the NKS project is a public document

The entire agreement regarding NKS is a matter of public record. Region Stockholm has had full access to and insight into the financial calculations and estimates during the tender process and the negotiations. Skanska has only requested that the underlying formulas in a specific Excel document be protected for reasons of intellectual property/copyright, since a lot of work has gone into the elaboration of these formulas and Skanska does not wish for its competitors to have access to this data.

No tax evasion or aggressive tax planning has taken place in relation to the New Karolinska Solna project. There are no hybrid loans involved, and no tax revenues have disappeared from Sweden as a result of SHP’s partner being registered in Luxemburg. Skanska is a Swedish investor in the NKS project and pays tax in Sweden. Our partner Innisfree coordinates foreign investment funds. These funds pay tax in the country where they are registered for tax purposes.